Stars on a Snowy Night

Completely lost in make-believe world, I seemed to see all the lamplights drifting from the ground. 一念至诚的将假作真，灯光似乎都从地上飘起。

The thermometer had dropped to 18 degrees below zero, but we still chose to sleep in the porch as usual.

In the evening, the most familiar sight to me would be stars in the sky.

Though they were a mere sprinkle of twinkling dots,

yet I had become so accustomed to them that their occasional absence would bring me loneliness and ennui.

It had been snowing all night, not a single star in sight.

My roommate and I , each wrapped in a quilt, were seated far apart in a different corner of the porch, facing each other and chatting away. 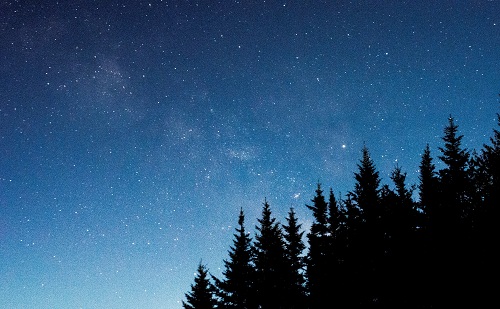 She exclaimed pointing to something afar, “Look, Venus is rising!”

I looked up and saw nothing but a lamp round the bend in a mountain path.

I beamed and said pointing to a tiny lamplight on the opposite mountain, “It’s Jupiter over there!”

More and more lights came into sight as we kept pointing here and there.

Lights from hurricane lamps flickering about in the pine forest created the scene of a star-studded sky.

With the distinction between sky and forest obscured by snowflakes, the numerous lamp-lights now easily passed for as many stars. 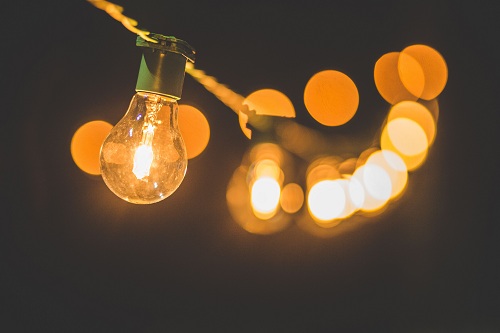 Completely lost in make-believe world, I seemed to see all the lamplights drifting from the ground.

I was spared the effort of tracing their positions when I woke up from my dreams in the dead of night.

Thus I found consolation even on a lonely snowy night.