Sophie Amundsen was on her way home from school.

She had walked the first part of the way with Joanna.

They had been discussing robots.

Joanna thought the human brain was like an advanced computer.

Sophie was not certain she agreed.

Surely a person was more than a piece of hardware?

When they got to the supermarket they went their separate ways.

Sophie lived on the outskirts of a sprawling suburb and had almost twice as far to school as Joanna.

There were no other houses beyond her garden, which made it seem as if her house lay at the end of the world.

This was where the woods began.

She turned the corner into Clover Close.

At the end of the road there was a sharp bend, known as Captain's Bend.

People seldom went that way except on the weekend.

It was early May.

In some of the gardens the fruit trees were encircled with dense clusters of daffodils.

The birches were already in pale green leaf.

It was extraordinary how everything burst forth at this time of year!

What made this great mass of green vegetation come welling up from the dead earth as soon as it got warm and the last traces of snow disappeared?

As Sophie opened her garden gate, she looked in the mailbox.

There was usually a lot of junk mail and a few big envelopes for her mother,

a pile to dump on the kitchen table before she went up to her room to start her homework.

From time to time there would be a few letters from the bank for her father, but then he was not a normal father.

Sophie's father was the captain of a big oil tanker, and was away for most of the year.

During the few weeks at a time when he was at home, he would shuffle around the house making it nice and cozy for Sophie and her mother.

But when he was at sea he could seem very distant.

There was only one letter in the mailbox--and it was for Sophie. 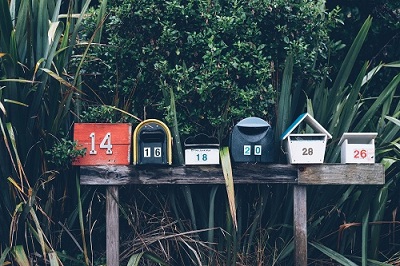 That was all; it did not say who it was from.

There was no stamp on it either.

As soon as Sophie had closed the gate behind her she opened the envelope.

It contained only a slip of paper no bigger than the envelope.

It read: Who are you?

Nothing else, only the three words, written by hand, and followed by a large question mark.

She looked at the envelope again.

The letter was definitely for her.

Who could have dropped it in the mailbox?

Sophie let herself quickly into the red house.

As always, her cat Sherekan managed to slink out of the bushes, jump onto the front step, and slip in through the door before she closed it behind her.

Whenever Sophie's mother was in a bad mood, she would call the house they lived in a menagerie. (A menagerie was a collection of animals. )

Sophie certainly had one and was quite happy with it.

It had begun with the three goldfish, Goldtop, Red Ridinghood, and Black Jack.

Next she got two budgerigars called Smitt and Smule, then Govinda the tortoise, and finally the marmalade cat Sherekan.

They had all been given to her to make up for the fact that her mother never got home from work until late in the afternoon and her father was away so much, sailing all over the world.

Sophie slung her schoolbag on the floor and put a bowl of cat food out for Sherekan.

Then she sat down on a kitchen stool with the mysterious letter in her hand.